Home babies How to get a flat stomach after having twins? Don’t bother, eat cake and be happy.
babiesmumstwins

How to get a flat stomach after having twins? Don’t bother, eat cake and be happy.

Last week I finally hit my Slimming World target after having twins.

I say finally, because to be honest, I should have hit it months ago if I’d just put my mind to it. And stopped eating cake. And drinking wine.

After giving birth to Toddler I lost more weight in less time than I have after the Twins. But I tell myself I’ve had a pretty good excuse to not quite put 100% into it.

Anyone with twins (or any new baby come to think of it) will tell you they should be sending you home with a bottle of wine and a Cadbury’s Twirl rather than a tester pot of Sudacrem and ONE Pampers nappy.  One? Yeah, thanks for that. 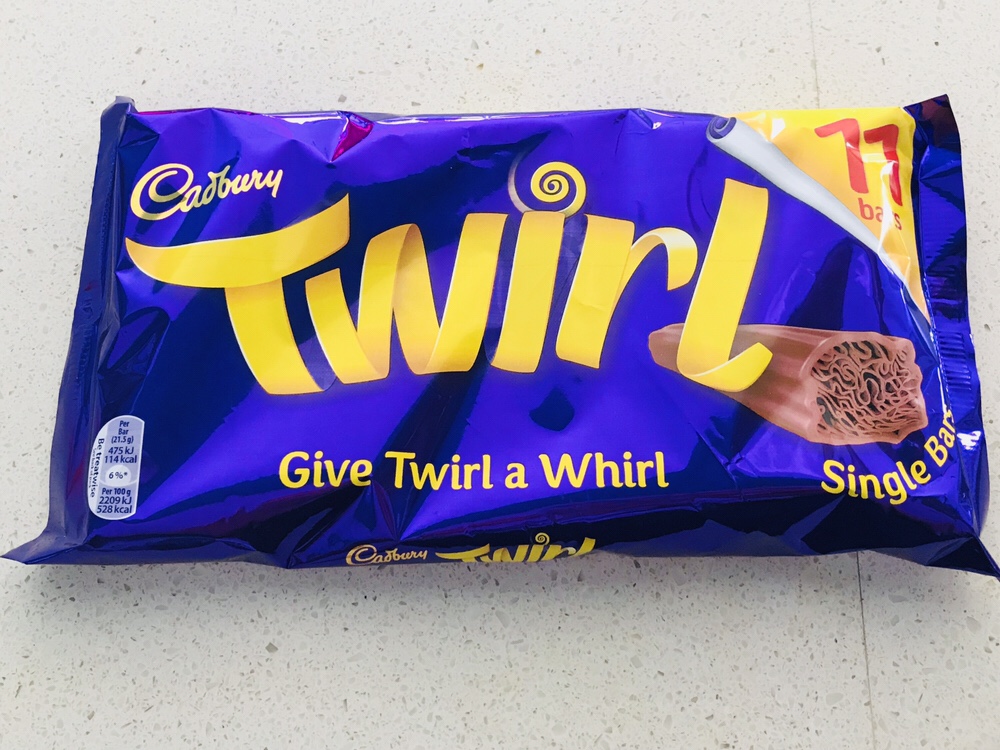 I put on four stone (!) whilst pregnant with the Twins. Four stone! Although I did grow a couple of pretty hefty babies – 7lbs 1.5oz and 7lbs 8.5oz if I’m going to be precise about it. That’s what happens when they cling on in there until week 38. (Feel free to read about that drama here!)

You may have read a couple of my previous blogs and already know about my love affair with McDonald’s fries during the first part of my pregnancy. It was obviously for medicinal purposes as when I ate them (on a daily basis) I didn’t throw up. It was like they were on prescription.

And by the time the fries made way for the chocolate and cake, there was little wonder I had a bit of work to do on the diet front once the babies were here.

Now that’s done (the diet, not the birth) and I’m back to my pre-pregnancy weight it’s clear there’s still some work to do. Namely on my poor stretched (and stretched some more stomach). Damn you giant babies!

I’ve put it off for the past however many months telling myself that once I’ve lost two stone it’ll miraculously spring back into shape. I’m back in my size 10/12 clothes but there doesn’t seem to be a whole load of spring left.

I bet Duchess Kate doesn’t have this problem?!

The dreaded E word is now on my mind. Exercise. Unless I win the lottery and can have a tummy tuck, that is.

When I say it’s on my mind. It’s kind of floating around in the back of my head, quite safe in the knowledge it won’t be seeing the light of day anytime soon.

Not because I don’t have time – although seriously, I ALWAYS have a child with me, and once they’re in bed, jobs are done and dinner is eaten, ANYTHING physical is the last thing on my mind.  So no, I don’t particularly have a whole load of free time.

But what I also don’t have is any inclination. None whatsoever. And this is a bit of a problem.

Or maybe I’ll go to one of those ‘take your baby with you’ classes. But I already did – one cried, then the other one cried, and it was a waste of time, money, and effort. (Although a crying baby is a GREAT excuse to get out of the extra painful bits).

The other thing that I’m totally using as an excuse is that during pregnancy, those little monkeys grew so big they separated my abs. Two midwives and a pilates teacher could stick three fingers in between them, which I’m guessing isn’t a good thing?

I know there are special exercises I should do to rectify this. I know they’re there. Just waiting for me to find that motivation. In the meantime I shall continue to breathe in a lot, accept my stomach still looks like I’m four months pregnant, and wear clothes that hide it well (see the floaty top below). 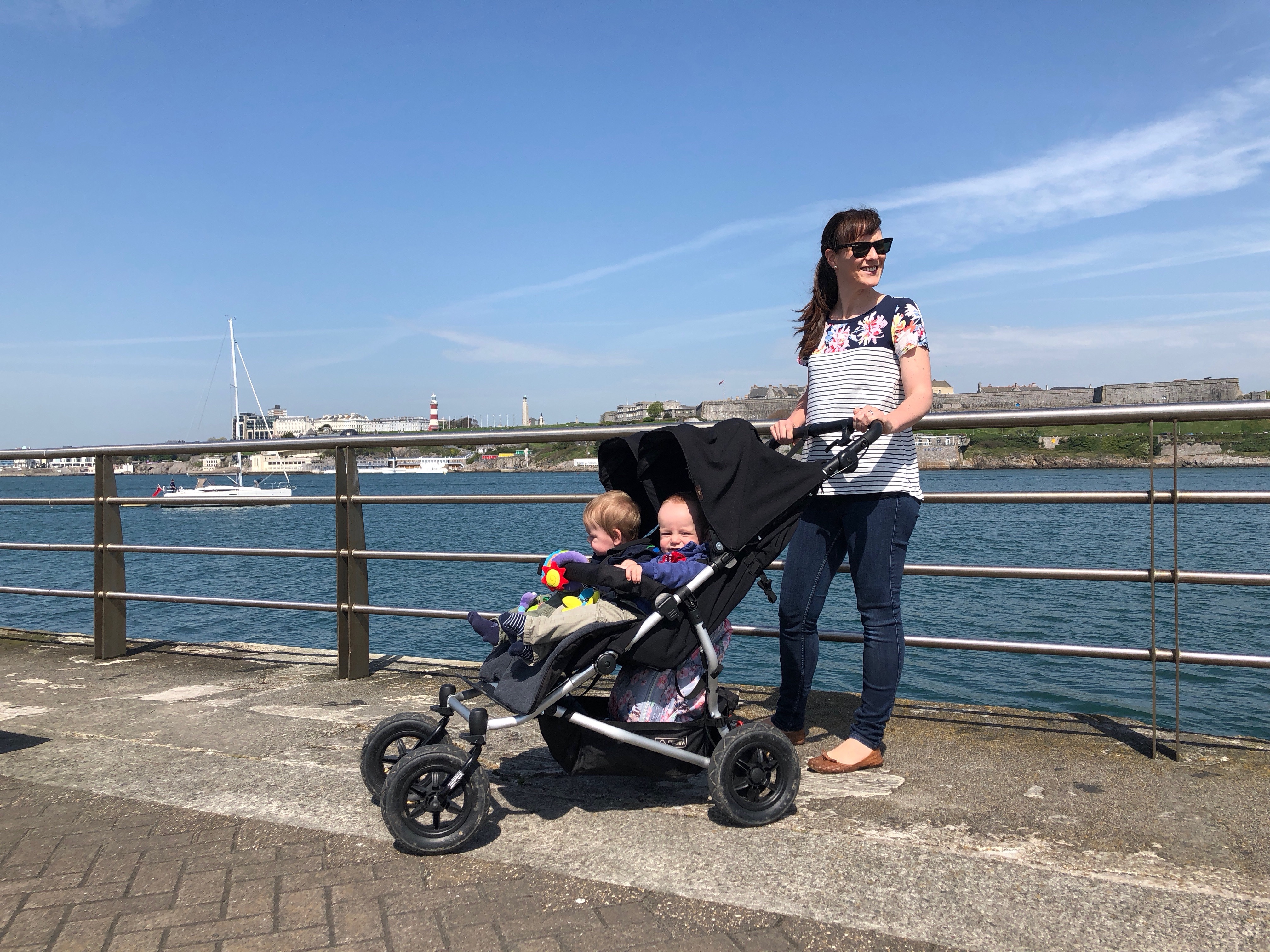 I’ll also bury my head in the sand, spending rare spare time writing blogs and fannying about on social media rather than exercising abs back together. Much more fun, and less sweaty.

The other day I was scrolling through a twin Facebook group (I know, this could be exercise time) and came across a post by a new mum asking others when they got back into their pre-pregnancy clothes.

Basically what followed was a load of annoying women posting pictures of their totally flat (or more likely just sucked in) stomachs, boasting that they left the hospital with their twins wearing their normal, pre-pregnancy jeans. Like, WTF?

I know some people are lucky enough to ‘bounce back’ immediately, whilst others never do, with or without trying to, and this just happens to be one of those slightly unfair things in life.

But posting pics of your flat stomach the day after giving birth I expect not only made a whole load of other new mums feel just a tad shite about themselves (especially six months later when it’s still not flat), but made the skinny malinkies look like a bunch of tw*ts to be honest. And hello, don’t you have anything better to do – YOU’VE JUST HAD TWINS! Being lucky enough your body sprung back is one thing. Showing off about it is quite another.

I removed myself from the group, had a glass of wine, and told myself it was perfectly fine to still wear my maternity jeans now and again because they are so damn comfy.

The only potential motivator to make me get off my arse for a stomach-flattening regime is the thought of still looking a little bit pregnant when I’m bridesmaid next year.

But if I’m honest, this three under three mumming malarkey requires calories for survival. Best consumed through alcohol, cake and chocolate.

Breastfeeding – the pros and cons every new...

What To Buy First When Furnishing A New...

There’s so much pressure on mums to get back in shape and I admit I was back to the gym after 3 weeks, but that’s because I love working out. It should be about what’s good for you and there’s lots you can do at home too to make life easier! xx

I am really struggling to lose weight that has slowly crept on since I had my daughter, some days … most days … I feel like I would rather eat cake!

I’m the same. Managed to lose it eventually, but probably about to put half of it back on again!

I managed to loose it, but it was all down to breastfeeding. I’m not very good at doing exercise, life is too short !

I agree. I just can’t be arsed to exercise!

It’s incredibly tough to exercise when you have small children. Stuff it for now! You’re so much healthier for losing 2 stone. Do the exercise later.

I’ll do it when they all start school 🙂

I think everyone should have maternity leggings whether they’ve been pregnant or not!

Oh what total crap, I lost weight in both my pregnancies thanks to a combination of only being able to stomach chips and toast in the first trimester and then getting bad heart burn in the second onwards which mean large meals and chocolate (v traumatic) had to be cut out if I didn’t want to be in pain.
Anyway my point is that a week after birth I weighed less both times than before i get pregnant BUT I still had a baby bump and i definitely did when I left hospital. I don’t know how it would be possible to leave hospital in your prepregnancy jeans unless they were so low cut that the bump goes well over the top.
Oh and while I may have looked great a month after birth I spent the next year plus eating non stop and I am currently nearly at my 30 weeks pregnant weight with my cake baby. I think i need a little less cake

But nobody can survive without cake, right?!

Oh I love this. Cake is just so good, it always seems a shame to leave it out! You’ve done amazing to get back to where you wanted to be. I’m sure one day you’ll be motivated but jusy enjoy the kiddies and cake haha!

Thank you! I’ll get round to it when they’re all at school maybe 😂

Haha I love this! Well done for hitting your target though x

I put so much pressure on myself with my first and did slim down probably to the lowest weight of my adult life but second time around I am taking a much gentler approach because I’ve realised how fast the early days go by and that obsessing over every mouthful probably isn’t healthy. I’ve also had a little girl this time so feel it’s really important to be a healthy role model for her in an increasingly image and weight obsessed world. I will get there….but for now whilst life is tricky enough… cake now and then is fine!! Great post. X

Thanks! I totally agree. I got back to pre pregnancy weight eventually, but it’ll all go to pot at Xmas!

I’ve got 3 under 5 and that’s enough to make me dive head first into a box of Quality Street. I don’t know how you’re even doing 3 under 3 without an IV of wine. I’m working on the basis that my hubby won’t ever want to see my tummy/rest of my body ever again incase I catch the preggers once more! #Itsok

That’s exactly like me – don’t plan on risking it again, personally! 😜

I don’t have twins but I do have 3 kids & the oldest still says ‘Mummy when is your baby tummy going to go down?’ The fact is it isn’t! #itsok

I don’t have twins – but I do have two kids and losing weight after having them was a struggle. Being over 40 I no longer worry about my weight as it is still a struggle to lose it with hormones and all. But I do try and eat healthy and exercise so now and then (emphasis on now and then). I’ve incorporated running in my exercise schedule so that is working well #itsok

Oh you’re good! I need to get some motivation!

There is a lady on You YouTube who offers killer kick @ss pilates. Boho Beautiful. You will have a six pack in no time, if you stop cursing her out! 🙂 You are beautiful! #itsok xoxo

Ah thank you. I need to check her out!

How to help your child with depression

My toddler twins have stopped napping – and...

Breastfeeding – the pros and cons...